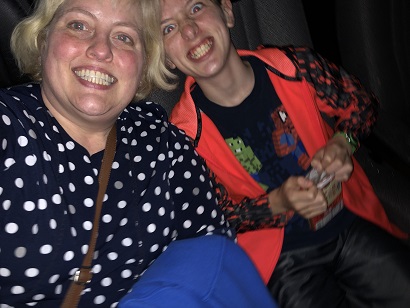 After my doctor gave me a referral, I put it to the side and tried not to think about it. Every once in a while, I would find the referral on my desk, consider making a call, then add it to my to-do list. After about eight months, I finally decided to “look into it.”

I have to watch what?

As with most medical issues, the first step is to find a doctor who is in your insurance network. Unfortunately, the nearest one in my network was about 40 miles away. The rest were in Chicago or nearby suburbs. (I live about 50 miles outside of Chicago, and traveling to the city or its near suburbs isn’t exactly convenient.) I called the nearest bariatric surgery office and encountered some confusion, as some of what they do is medical (nutrition-based) weight loss, while some is bariatric surgery. It seemed quite confusing, as I’m the consumer, and in my opinion they should know how to direct people a little better. But I digress.

The first requirement was to watch a 1.5-hour video about the different types of bariatric surgery, and once their system registers that you’ve watched it, you can then make an appointment for consultation. I ended up watching the video halfway through before I had to do something else, and unlike what they promised me, the next time I watched it I had to start over at the beginning. But at the end, I didn’t get an email notification that I had completed it, so I gave them some time, and then I called them a couple of weeks later to find out what to do next. The same woman I had spoken to before–the one who entered me in their system, triggering an email to be sent to me to watch the video–couldn’t find me in the system and insisted I had to watch the video before they could see me. She entered me in their system (I don’t know how she was able to enter me again), but I never received another email.

I gave up on that office and decided to start over with my search. I did another provider search in my network and found a doctor within the city of Chicago who appeared to be the closest provider (insert eyeroll emoji here). I looked into that doctor and found pretty outstanding credentials (internationally renowned, president of one foundation, medical director and section chief at his hospital, chief of surgery, clinical associate professor, fellowship at a university hospital, surgeon educator, one of five physicians trained in North America on the ORBERA intragastric balloon, placed the first gastric sleeve in the state, placed the first gastric balloon in the Midwest, performed over 2,500 weight loss procedures, and featured on ABC News, CBS Chicago, and Chicago Tribune).

I called that doctor’s office and asked to make an appointment for a consultation. They just happened to have an opening the next day, and I said, “I’ll take it!”

My appointment for a consultation was on a Friday. I drove down to the city, grateful for GPS navigation, without which I might have arrived two hours early because I would have no clue how long it would take to drive there. I filled out forms then talked to a surgeon who is a fellow, meaning he is already a surgeon but is getting additional training in bariatric surgery under the supervision of the bigwig surgeon. I spent quite a while with him, telling him my story and answering his questions. Then a nurse came in and took my blood pressure.

Next I met with both surgeons and the dietitian. They talked to me about the way their practice is run and what the entire process is like. The doctor asked if I had any questions and concerns, and then he explained that he thinks the gastric sleeve is the best choice for me, why it works, and why it doesn’t work when it fails. I was given orders for lab work and other tests, as well as a one-page sheet of the specific requirements for my insurance plan that I would have to fulfill before the surgery will be covered. Before I left, I made appointments for an endoscopy and the first “diet class” of three that I need to attend within a 90-day period.

I left the hospital feeling great about my decision. I felt a sense of relief after all this time procrastinating and second-guessing my weight loss efforts. I was actually going to have weight loss surgery. And on the drive home, I got a call from the office I had originally called, asking if I would like to schedule an appointment for a consultation. (Insert facepalm emoji.)

The following Tuesday, I drove down to the same location to attend the first diet class. There were three or four other women there, as well as the nutritionist I had met on Friday. I was given sample vitamins and a thick handout explaining every step of the pre- and post-operative journey, including what I can and can’t eat at different points and what types of exercise are critical for maintaining weight loss. The packet was overwhelming, but I was glad to have the information so I could know what to expect. The next diet class–a one-on-one phone call–was scheduled for one month later. I went home, again feeling excited about the future.

One thought on “3. Decision Making”

This site uses Akismet to reduce spam. Learn how your comment data is processed.